Vote in the city election 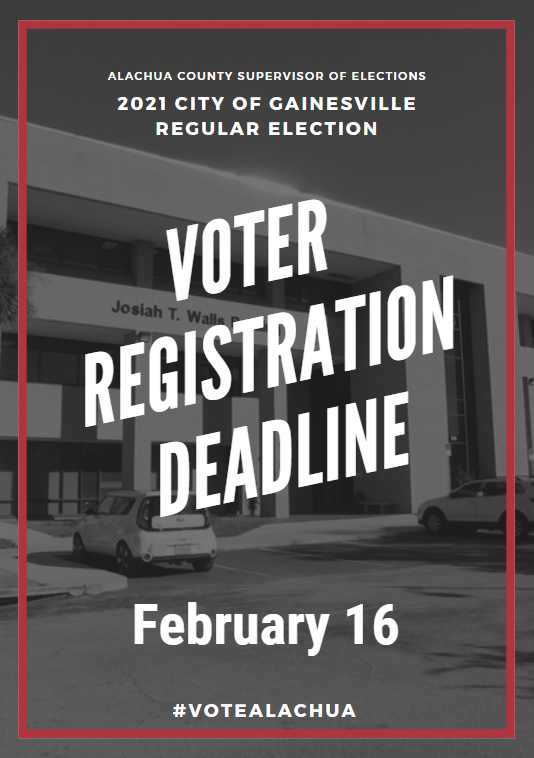 Voting for the 2021 City of Gainesville Regular Election will take place on March 16, 2021 from 7 a.m. to 7 p.m. Voters must vote in the polling place to which they are assigned. Use the Precinct Finder to find your polling place.

Early voting will be held from Friday, March 5 through Saturday, March 13. Early voting locations will be open from 9 a.m. to 6 p.m.

The election is for a roughly three-and-a-half year term, with the winners serving from May 2021 to January 2025.

This will be the last standalone Gainesville election. In 2018, voters approved a change to the city’s charter that moved the city’s elections so that they would be on the primary and general election ballots.

Beginning in 2022, similar to other nonpartisan positions, like School Board and some judicial seats, the candidates will first appear on the primary ballot, and if no candidate receives a majority of the vote, the top two candidates will move on to the November general election. After this year, Gainesville city commission seats, including mayor, will serve four-year terms, with a two-term limit.

Alachua County Supervisor of Elections, Kim A. Barton, encourages residents to reach out to her with any questions they have. You can contact her by email or by calling 352-374-5252.