This year marked the 51st anniversary of the Stonewall Riots, which many consider to be the catalyst for the queer rights movement in the United States. But the LGBTQ+ community existed long before Stonewall, and will continue long after we're gone. This year for LGBT(Q+) History Month, I've done my best to find books suitable for all ages that cover not just Stonewall but the many and varied groups within the broader queer community. There's no way for a single blog to cover every identity and experience, so I highly recommend that you explore more titles, either by using our eSource NoveList Plus (and the K-8 version) or by finding suggested reading lists online.

Regardless of where October finds you, I hope that taking a moment to remember our history as a community—and explore the possible paths of our future—brings you some peace. 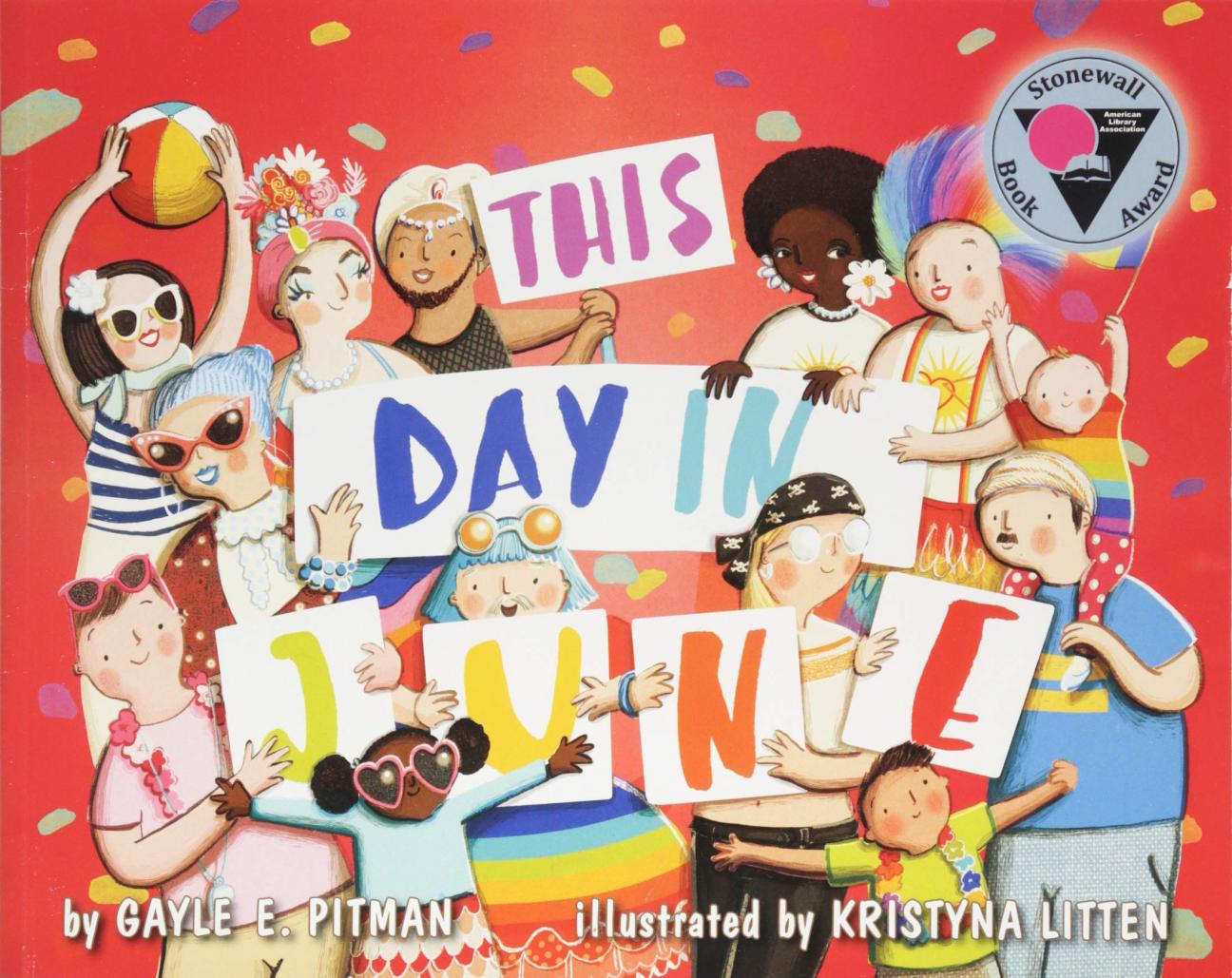 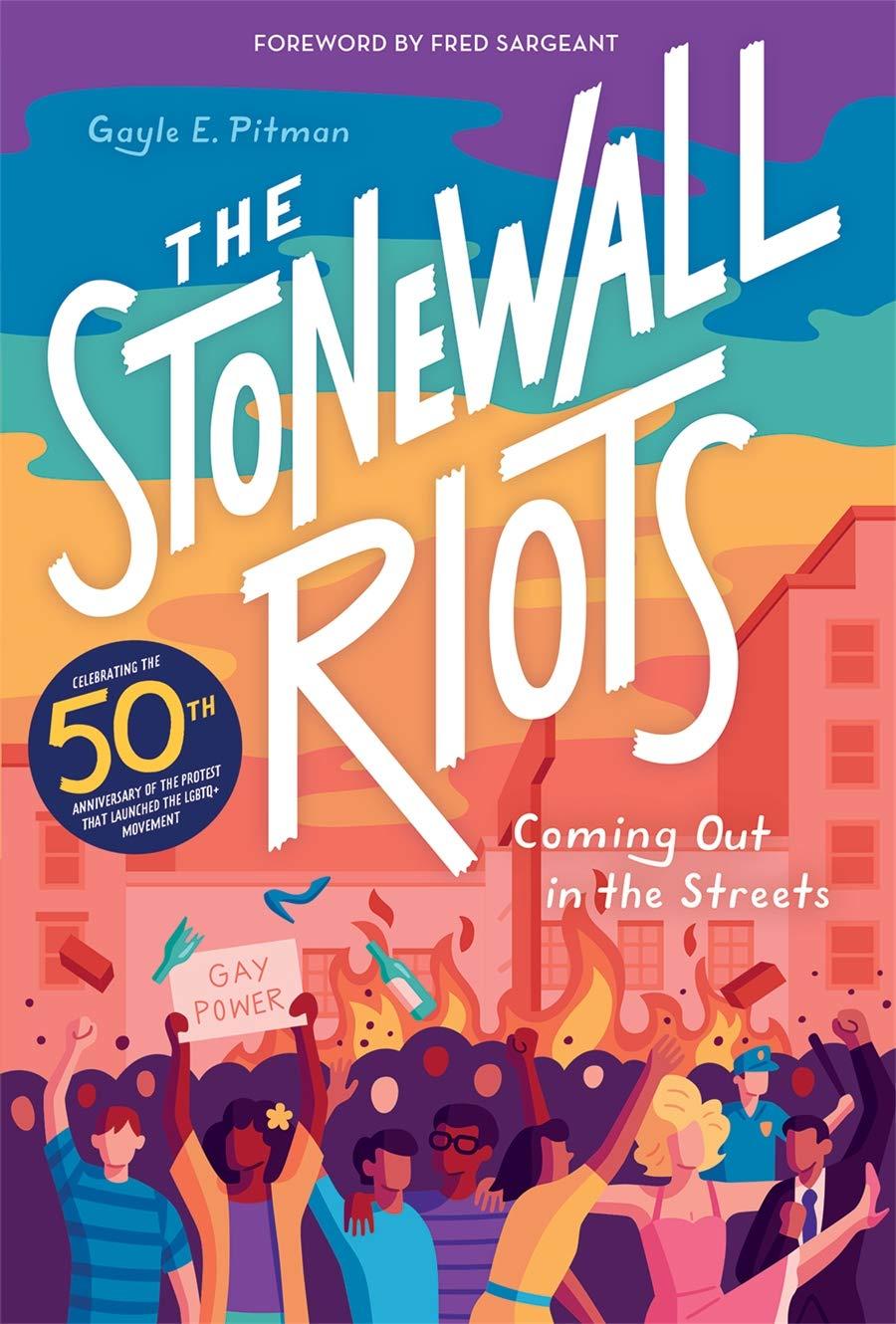 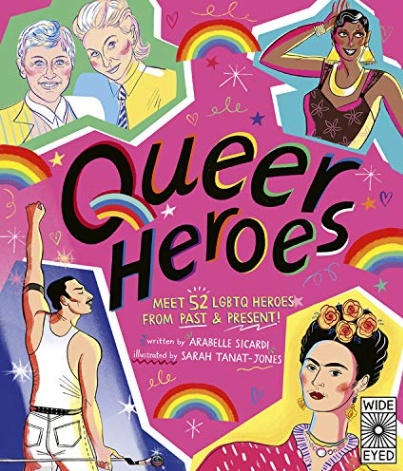 This Day in June
by Gayle E. Pitman

In a wildly whimsical, validating, and exuberant reflection of the LGBT community, This Day in June welcomes readers to experience a pride celebration and share in a day when we are all united. Also included is a Note to Parents and Other Caregivers with information on how to talk to children about sexual orientation and gender identity in age-appropriate ways as well as a Reading Guide chock-full of facts about LGBT history and culture.

The Stonewall Riots: Coming Out in the Streets
by Gayle E. Pitman

This book is about the Stonewall Riots, a series of spontaneous, often violent demonstrations by members of the gay (LGBTQ+) community in reaction to a police raid that took place in the early morning hours of June 28, 1969, at the Stonewall Inn in the Greenwich Village neighborhood of Manhattan, New York City. Profusely illustrated, the book includes contemporary photos, newspaper clippings among other period objects.

This beautiful, bold book celebrates the achievements of LGBTQ people through history and from around the world. It features full-color portraits of a diverse selection of 52 inspirational role models accompanied by short biographies that focus on their incredible successes, from Freddie Mercury's contribution to music to Leonardo da Vinci's Mona Lisa. Published to celebrate the 50th anniversary of the Stonewall Uprising, this title will show children that anything is possible. 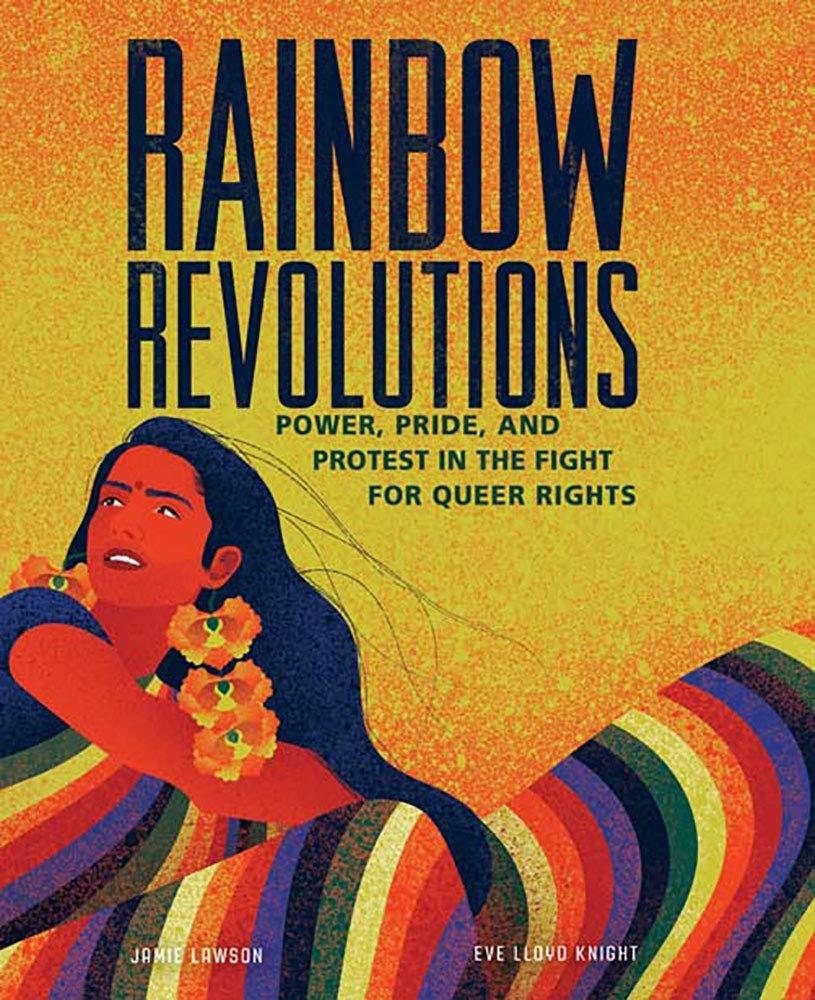 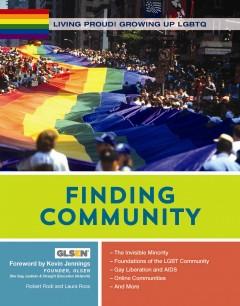 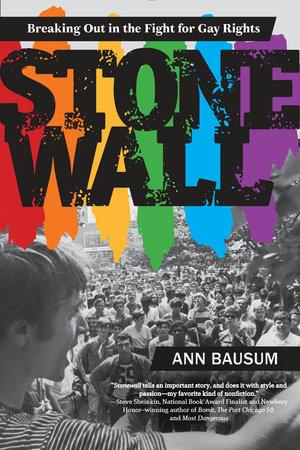 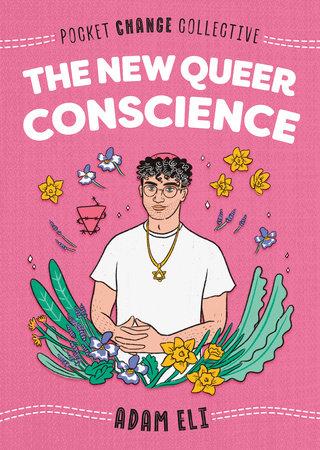 Rainbow Revolutions: Power, Pride, and Protest in the Fight for Queer Rights
by Jamie Lawson

From the impassioned speeches of bold activists Karl Ulrichs and Audre Lorde to the birth of Pride and queer pop culture, Rainbow Revolutions charts the dramatic rise of the LGBTQ+ rights movement, and celebrates the courageous individuals who stood up and demanded recognition. With bold and beautiful illustrations by pop artist Eve Lloyd Knight.

Explores the history of the LGBT community in America from its roots in the free-thinking seaport cities of the 1800s, through the social revolution of World War II, the early activists of the 1950s, the Pride movements of the 1970s, the AIDS crisis, and today's move toward integration with mainstream communities.

Stonewall: Breaking Out in the Fight for Gay Rights
by Ann Bausum

Ann Bausum’s riveting exploration of the Stonewall Riots and the national Gay Rights movement that followed is eye-opening, unflinching, and inspiring.

Pocket Change Collective is a series of small books with big ideas from today's leading activists and artists. In this installment, The New Queer Conscience, Voices4 Founder and LGBTQIA+ activist Adam Eli offers a candid and compassionate introduction to queer responsibility. Eli calls on his Jewish faith to underline how kindness and support within the queer community can lead to a stronger global consciousness. More importantly, he reassures us that we're not alone. In fact, we never were. 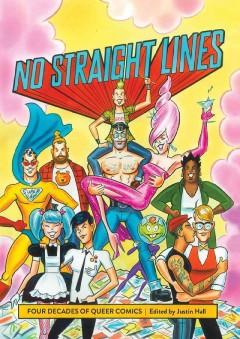 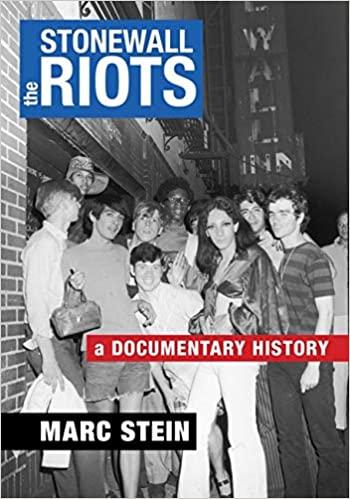 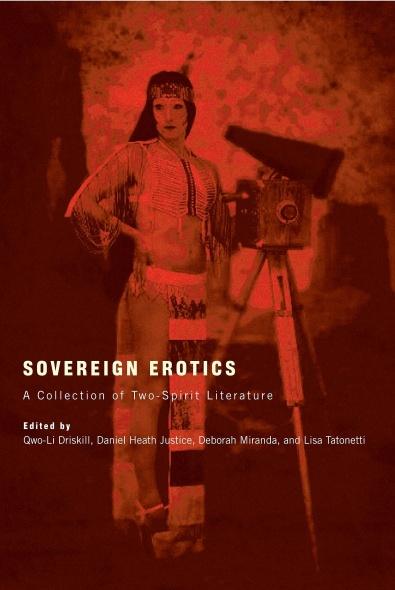 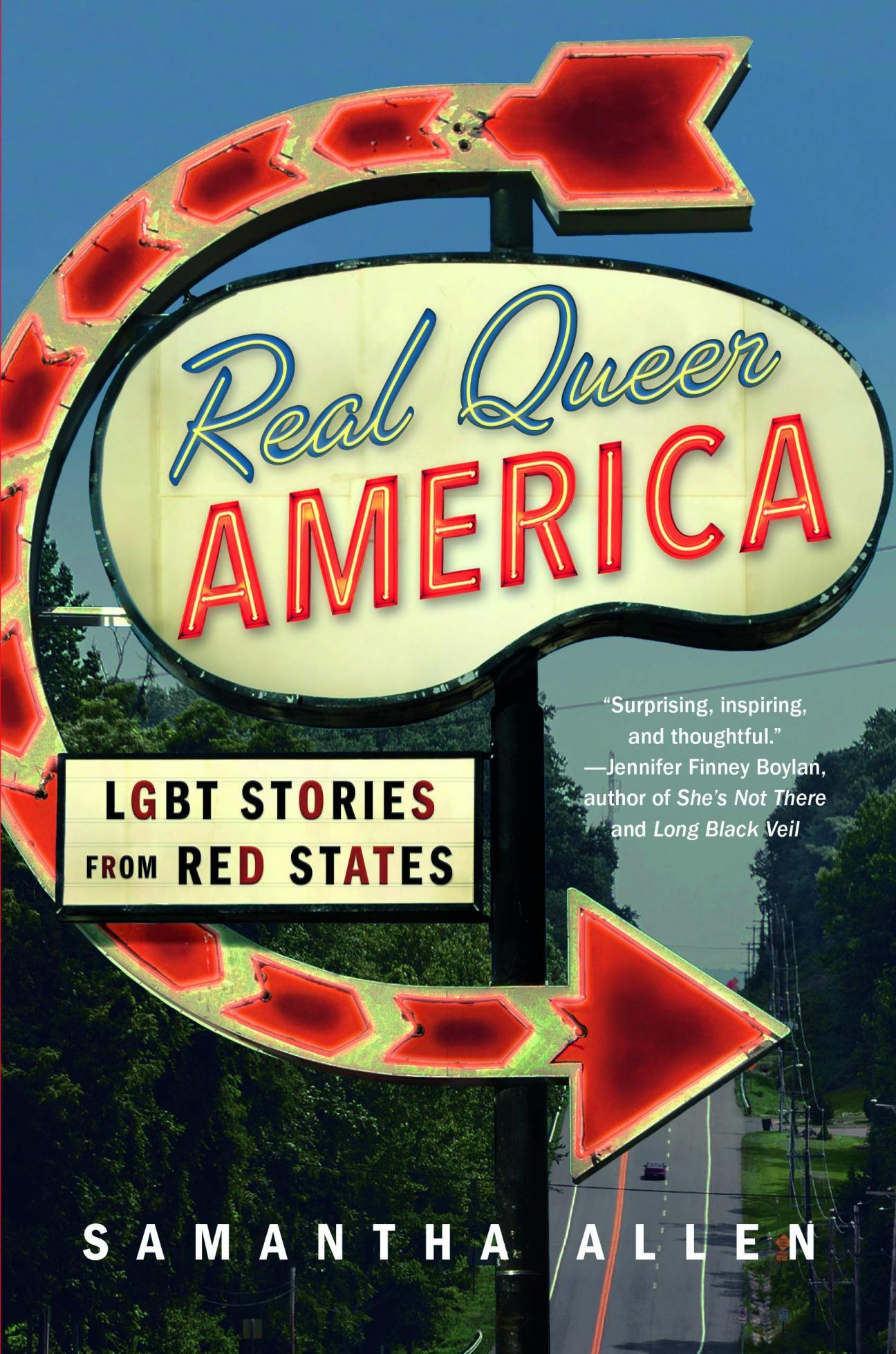 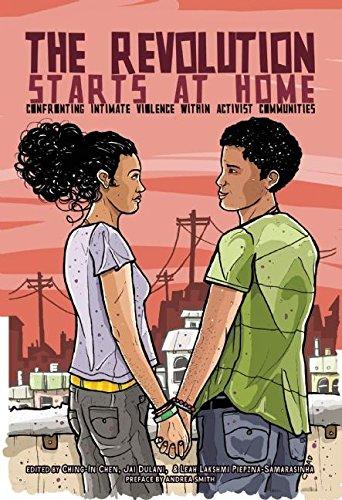 Queer cartooning encompasses some of the best and most interesting comics of the last four decades, with creators tackling complex issues of identity and a changing society with intelligence, humor, and imagination. This book celebrates this vibrant artistic underground by gathering together a collection of excellent stories that can be enjoyed by all.

The Stonewall Riots: A Documentary History
by Marc Stein

Across 200 documents, Marc Stein presents a unique record of the lessons and legacies of Stonewall. Drawing from sources that include mainstream, alternative, and LGBTQ media, gay-bar guide listings, state court decisions, political fliers, first-person accounts, song lyrics, and photographs, Stein paints an indelible portrait of this pivotal moment in the LGBT movement.

This landmark collection strives to reflect the complexity of identities within Native Gay, Lesbian, Bisexual, Transgender, Queer, and Two-Spirit (GLBTQ2) communities. Gathering together the work of established writers and talented new voices, this anthology spans genres (fiction, nonfiction, poetry, and essay) and themes (memory, history, sexuality, indigeneity, friendship, family, love, and loss) and represents a watershed moment in Native American and Indigenous literatures, Queer studies, and the intersections between the two.

In Real Queer America, Allen takes us on a cross-country road-trip stretching all the way from Provo, Utah to the Rio Grande Valley to the Bible Belt to the Deep South. Her motto for the trip: "Something gay every day." Making pit stops at drag shows, political rallies, and hubs of queer life across the heartland, she introduces us to scores of extraordinary LGBT people working for change, from the first openly transgender mayor in Texas history to the manager of the only queer night club in Bloomington, Indiana, and many more. Capturing profound cultural shifts underway in unexpected places and revealing a national network of chosen family fighting for a better world, Real Queer America is a treasure trove of uplifting stories and a much-needed source of hope and inspiration in these divided times.

Long demanded and urgently needed, The Revolution Starts at Home: Confronting Intimate Violence Within Activist Communities finally breaks the dangerous silence surrounding the secret of intimate violence within social justice circles. This watershed collection of stories and strategies tackles the multiple forms of violence encountered right where we live, love, and work for social changeand delves into the nitty-gritty on how we might create safety from abuse without relying on the state. Drawing on over a decade of community accountability work, along with its many hard lessons and unanswered questions, The Revolution Starts at Home offers potentially life-saving alternatives for creating survivor safety while building a movement where no one is left behind.