The Teens' Top Ten is a "teen choice" list, where teens nominate and choose their favorite books of the previous year. Nominators are members of teen book groups in fifteen school and public libraries around the country. Nominations are posted on the Thursday of National Library Week, and teens across the country vote on their favorite titles each year. Readers ages 12 to 18 voted online between Aug. 15 and Oct. 15 on the Teens' Top Ten site. The winners were announced earlier this month. 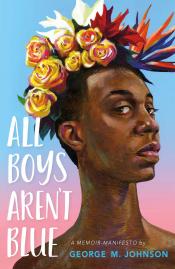 In a series of personal essays, prominent journalist and LGBTQIA+ activist George M. Johnson explores his childhood, adolescence, and college years in New Jersey and Virginia. From the memories of getting his teeth kicked out by bullies at age five, to flea marketing with his loving grandmother, to his first sexual relationships, this young adult memoir weaves together the trials and triumphs faced by Black queer boys. 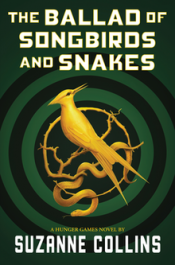 The Ballad of Songbirds and Snakes by Suzanne Collins

It is the morning of the reaping that will kick off the tenth annual Hunger Games. In the Capitol, eighteen-year-old Coriolanus Snow is preparing for his one shot at glory as a mentor in the Games. The once-mighty house of Snow has fallen on hard times, its fate hanging on the slender chance that Coriolanus will be able to outcharm, outwit, and outmaneuver his fellow students to mentor the winning tribute. 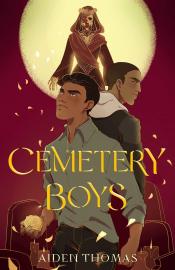 Yadriel has summoned a ghost, and now he can't get rid of him. When his traditional Latinx family has problems accepting his true gender, Yadriel becomes determined to prove himself a real brujo. With the help of his cousin and best friend Maritza, he performs the ritual himself, and then sets out to find the ghost of his murdered cousin and set it free. 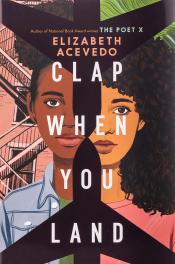 Clap When You Land by Elizabeth Acevedo

Camino Rios lives for the summers when her father visits her in the Dominican Republic. But this time, on the day when his plane is supposed to land, Camino arrives at the airport to see crowds of crying people…In New York City, Yahaira Rios is called to the principal’s office, where her mother is waiting to tell her that her father, her hero, has died in a plane crash. Separated by distance - and Papi’s secrets - the two girls are forced to face a new reality in which their father is dead and their lives are forever altered. 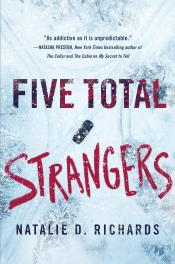 She thought being stranded was the worst thing that could happen. She was wrong. Mira needs to get home for the holidays. Badly. But when an incoming blizzard results in a canceled connecting flight, it looks like she might get stuck at the airport indefinitely. And then Harper, Mira's glamorous seatmate from her initial flight, offers her a ride. Harper and her three friends can drop Mira off on their way home. But as they set off, Mira realizes fellow travelers are all total strangers. And every one of them is hiding something. 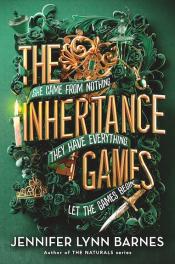 Avery Grambs has a plan for a better future: survive high school, win a scholarship, and get out. But her fortunes change in an instant when billionaire Tobias Hawthorne dies and leaves Avery virtually his entire fortune. The catch? Avery has no idea why - or even who Tobias Hawthorne is. 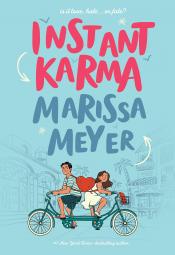 Overachiever Prudence Daniels is always quick to cast judgment on the lazy, rude, and irritating residents of her coastal town. She dreams of a world in which people might actually get what they deserve… Pru’s dreams of karmic justice are fulfilled after a night out with her friends, when she wakes up with the sudden, wondrous ability to cast instant karma on those around her. Though it seems almost too good to be true, Pru is not one to ignore such obvious signs from the universe. She giddily starts to make use of the power, but there is one person on whom her powers consistently backfire: Quint Erickson, her slacker of a lab partner. 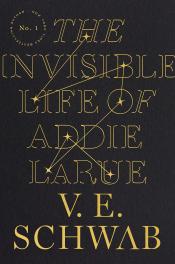 The Invisible Life of Addie LaRue by VE Schwab

France, 1714: in a moment of desperation, a young woman makes a Faustian bargain to live forever—and is cursed to be forgotten by everyone she meets. Thus begins the extraordinary life of Addie LaRue, and a dazzling adventure that will play out across centuries and continents, across history and art, as a young woman learns how far she will go to leave her mark on the world. 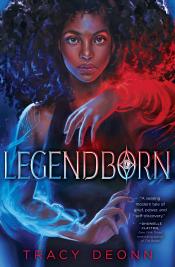 After her mother dies in an accident, sixteen-year-old Bree Matthews wants nothing to do with her family memories or childhood home. A residential program for bright high schoolers at UNC-Chapel Hill seems like the perfect escape—until Bree witnesses a magical attack her very first night on campus. 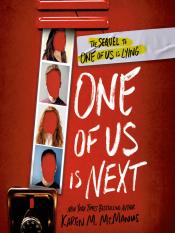 One of Us is Next by Karen M. McManus

A ton of copycat gossip apps have popped up since Simon died, but in the year since the Bayview four were cleared of his shocking death, no one’s been able to fill the gossip void quite like he could. The problem is no one has the facts. Until now. This time it’s not an app, though - it’s a game.