Long Way Down - A book review by Owen 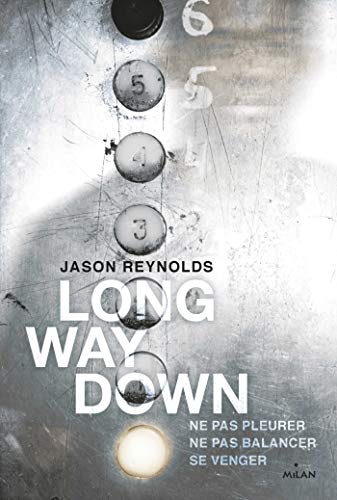 What is the book about in your own words?

Will, a young teenage boy who we are told very little about, watches his older brother Shawn get brutally murdered unexpectedly by an unknown shooter. Will’s struggles to cope with this immense loss are only further amplified by the “Rules” of his neighborhood: no crying, no snitching, and always take revenge. As Will prepares to retaliate by taking the life of the suspected shooter, he is thrown into a strange experience involving encounters with several deceased relatives and friends, all of which lost their lives to violence not unlike what killed Shawn. As Will rides his building’s elevator from the 7th floor to the lobby, he speaks with these various figures from his past, one for each floor, as they attempt to give him a new perspective on his life. By the end of the novel, both Will and the reader are made to question the so-called “Rules,” whose importance pales in comparison to the devastation and grief they leave in their wake.

What is your opinion of the book?

This is one of the most incredible pieces of young adult literature I can remember reading. Reynolds’ ability to strike empathy into the hearts of readers, no matter their background, is impressive and vitally important to the novel’s overall effectiveness. With very little descriptive writing, and entirely in verse, Reynolds paints an astonishingly clear portrait. As a reader, I connected with Will almost instantly, even though we share virtually nothing in common, and despite the fact that is character is almost completely undeveloped, at least in the traditional literary sense. Any person, young or old, will take value from this novel, be it through empathy or a newfound understanding of a life that is completely foreign to some.