Water: It’s Out of this World!

I can hear it, the waves crashing.

I can see it, the enchanting glisten.

I can feel it, the cool trickle through my fingers.

I can taste it, the refreshing gulp of purity.

I can smell it, the exhilarating scent of cleanliness.

We can find water all over the Earth in the form of rivers, oceans, springs, or even bottled for your consumption.

But did you know that astronomers have discovered much more water in space than in all of the oceans on Earth?

Imagine floating in outer space and suddenly being hit by a shower of rain, a cool mist, or swimming in a space pool.

Do you think it could ever happen? 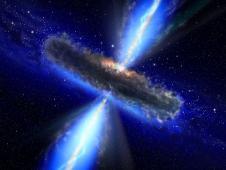 Use the Alachua County Library District’s eSources in your quest to learn more about other space aquatic discoveries!

You can start by taking a look at these articles from Kids InfoBits:

NASA: Meteorites can strike the moon and cause plumes of water to shoot into space