The Frontman - A book review by Owen 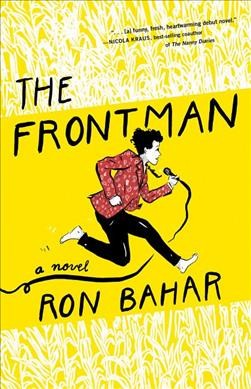 What is the book about in your own words?

The Frontman is a startlingly realistic depiction of the life of an ordinary teenage boy growing up in the most ordinary of places: Nebraska. Though the book is set in the early 1980’s, the novel couldn’t necessarily be described as a period piece; though pop culture elements of the time, especially the music, do bleed through, the story is timeless. Ron Bahar, named for the author, is a Jewish boy struggling to balance his ambitions to become a doctor, his parents’ wishes for his future, his love for singing, and his roller-coaster relationship with Amy Andrews.

In typical teenage fashion, Ron drops the ball on numerous occasions, with his girlfriend, his parents, and himself. The novel deals with themes of fate and destiny, both in the sense of his undying love for Amy and his deepest desire to become the frontman of his friend’s rock band. This book is about choices, but not dramatically so. As Ron acclimates himself to the “real world,” he can’t help but dwell on his past and his decisions, for better or for worse. Ultimately, Ron must decide between the life his parents have planned for him, and the life he wants for himself.

What is your opinion of the book?

This novel is completely predictable, yet I never lost interest. Bahar’s authorial voice is captivating and enthralling, painting a picture of teenage life utterly brilliant in its mundanity and commonality. We all face these decisions, we all have lost loves, and we all struggle when it comes time to reckon with our dreams. Ron recognizes that music, his passion, is not a stable career, and so pursues medicine. In contrast, however, he recognizes by the end of the novel that Amy may never love him again. In this situation, unlike his career choice, Ron follows his heart, attempting yet again to win her back. By the end of the book, the reader is left unsure of the consequences of Ron’s decisions. Then again, so is Ron, and as we leave him to repair a broken relationship, we as readers will undoubtedly sympathize with and remember his plight when it comes time to make our own choices. In this way, Bahar’s novel was an undeniable success.