Maps are cool, whether they're hand drawn fantasy maps from books like The Lord of the Rings, old maps that tell us something about how people in the past viewed the world, or modern artistic renderings of people's adventures through their city. One of my favorite blogs is, very fittingly, called "Maps on the Web," where they post random and interesting maps found—you guessed it—on the web. These may be global comparisions of tipping customs, or the subway lines within a single city.

The Alachua County Library District has a fantastic collection of cartography books for all your map-related needs, some of which I've gathered below. And if you're anything like me, you might want to make your own map! This could be for a novel you're writing, a tabletop game you're running (see this ACLD virtual program for more tabletop resources), or purely for fun. I've included a few books on mapmaking, some DIY tutorials, and the coolest online map generator I've ever seen.

No matter you're interest in cartography might be, I hope you enjoy!

The World Through Maps by John Rennie Short

The Art of Map Illustration: A Step-by-Step Artistic Exploration of Contemporary Cartography and Mapmaking

How to Draw Fantasy Art & RPG Maps by Jared Blando 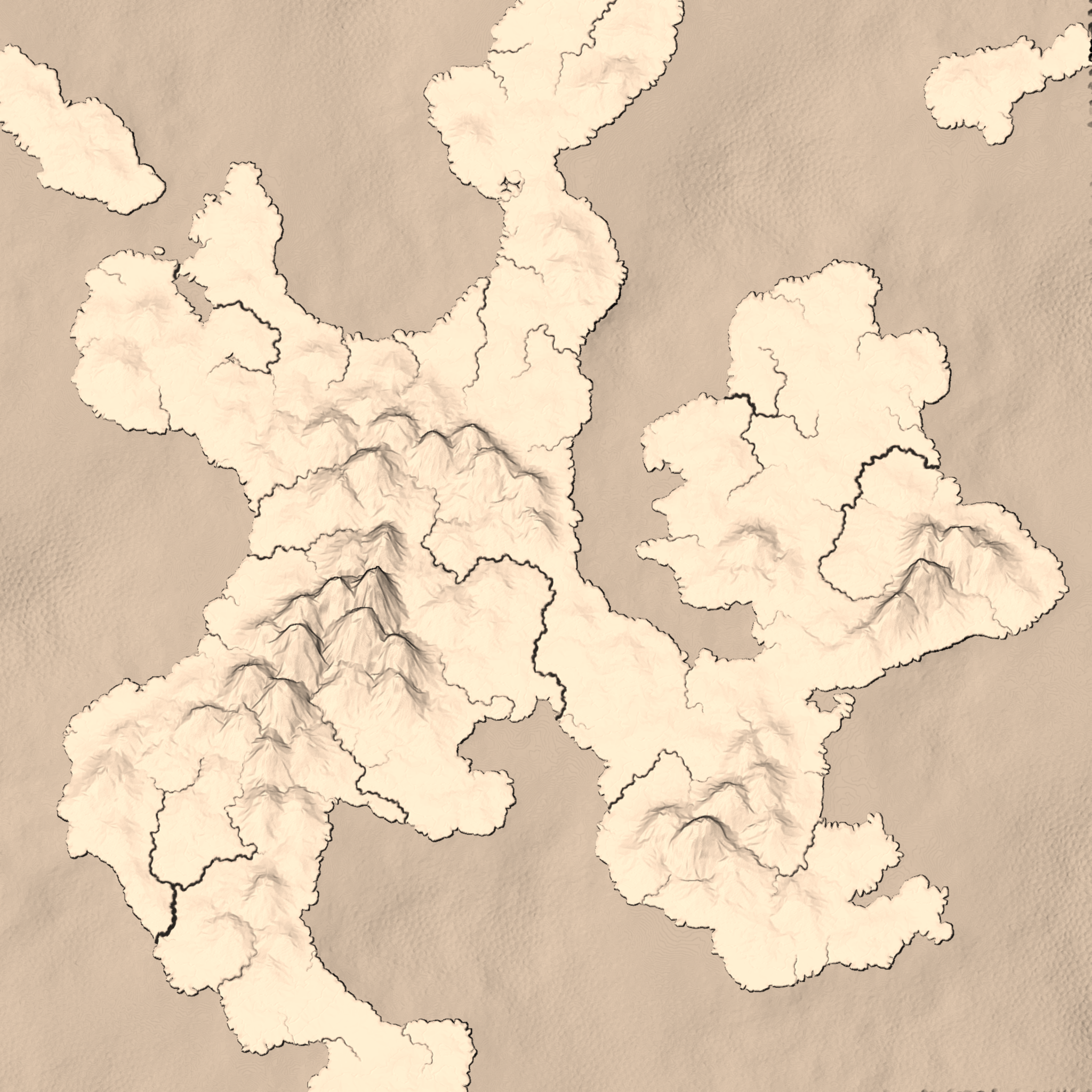 To start, I want to link to this really awesome online map generator, simply called Mapgen4. This is a successor to Mapgen2, originally created in 2010, and they are both by Amit Patel. Mapgen4 is the most interactive and easy-to-use map generator I've come across; it allows you to pick a "seed" map (the baseline configuration) and then add mountains, valleys, oceans, and lakes. Beyond that, you can also alter more nitpicky aspects: the amount of rain a map receives, the rain shadow off of mountains, the height of mountains, how many tributaries the rivers have, and more. You can also rotate the map, along with altering the color balances to give a more realistic or fantasy feel to your creations. I can't understate how cool it is, and I definitely recommend you check it out here. 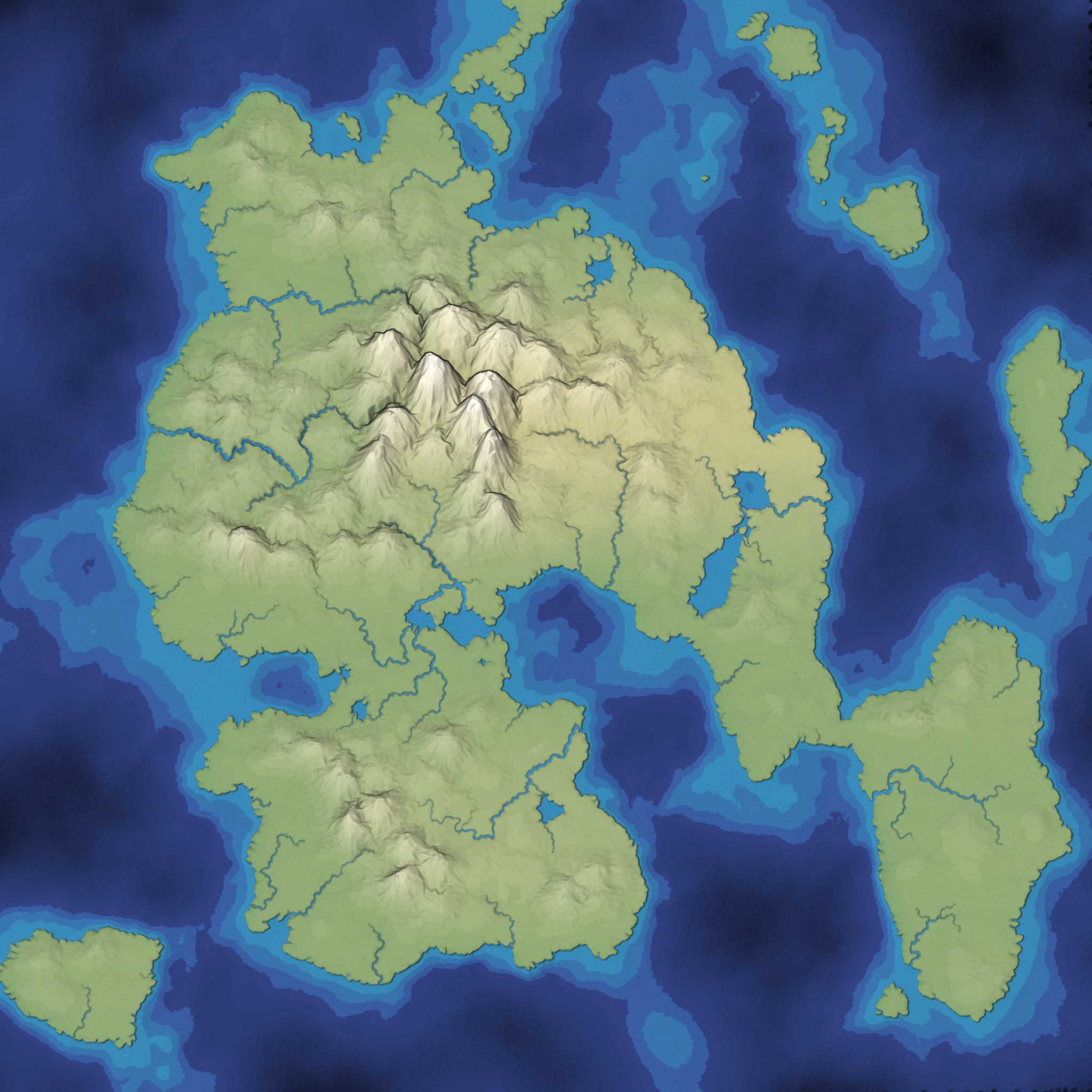 To the right, you can see some maps that I altered: one in a more traditional fantasy color scheme, and the other in full color.

The only downside of Mapgen4 is that it doesn't include the ability to add cities and towns, but that's where the DIY tutorials below come in! And while some books or online resources will say that you need to have certain materials, such as special pencils or a drawing tablet with Photoshop, that just isn't true. They can certainly help make your map look more professional or finished, but all you really need to create awesome maps are some pencils, a good eraser, and paper.

I'm certainly not a professional cartographer—not even close—but I had a lot of fun creating these, and you can too!

This is a map I created following the instructions in Jared Blando's How to Draw Fantasy Art & RPG Maps. I drew mine by hand on an old sketch book with charcoal and graphite pencils because that's what I had lying around, but you could absolutely do this with a #2 pencil and some printer paper. My one recommendation is to practice drawing things on scrap paper (especially mountains, forests, and towns) before you try putting them on the map. Your mountains will probably end up being smaller than you expect, though the range itself can be long. I would also suggest keeping the forests relatively small, with the trees a little larger than you think you need. That way, you don't have to draw 600 trees for each forest!

I'm still working on this one, but it looks pretty good so far, if I do say so myself. Blando's book also has some awesome tips for handwritten "typography" and the different ways you can indicate settlements.

The orange peel method is pretty straight foward: you peel an orange (trying to keep the chunks relatively large), put the peel on the paper, and trace! This one is cool because, if you line up the edges of the peels right, it can give the illusion of shared boundaries between continents before landmasses broke up, similar to Pangea.

I haven't finished mine yet, but you can see where it's going at least! Once you've gotten this far, you can either follow along with the instructions in a tutorial (like the step above), or you could try something like the method below!

If you play D&D, you might have a nice collection of dice that you can use for this one, but if you don't (like me) you can also use random things you have lying around. I used multicolored pony beads, but you could also use perler beads, sequins, rice, pasta, or anything else that's relatively small and easy to drop.

The basics of this one are: you take a handful of your "dice" and drop them on a piece of paper (for mine, I put my paper in the lid of a cardboard box because I didn't want to be chasing beads all around the library). Then, you lightly outline the rough shape of the dice—that's your coastline! Now you can use the dice to decide where things are on your map. Anything from a d6 up to a d20 can be used for this; you can assign a particular type of object (town, city, mountains, forests, etc) to a certain number on your dice, and then can use that as a key for laying out the geography of your map. I've also seen people use different types of dice for different things: a d6 is mountains, and the higher the number, the taller the mountain; a d20 is used for cities, and the higher the number, the larger the city, etc.

Because I used multicolored pony beads, I instead assigned an object type to each color, and worked on it that way. For instance, blue meant lakes/rivers, red meant mountains, and purple meant towns. There were a lot of beads on my paper, so I didn't use all of them, but I got in a good number! I haven't finished it yet, but you can see the start of my bead map below:

This method contains the most trial and error, but it can also be the most fun. I've drawn a lot of maps over the years, and a lot of them didn't turn out great, but I still had fun with it. One of my favorite maps that I've made was a layered map—I drew it originally on a piece of regular printer paper, and then used tracing paper to create different "layers." The base was the outline of the continent (on printer paper), followed by layers for geographical features, political borders, and town/city names.

I've also seen tutorials online that suggest drawing maps in pen, rather than pencil. Instead of being able to erase and redraw every single wonky line, it forces you to accept mistakes and then work them into the world you've created. If a river ends up with a right angle in it, why is that? Is that portion of the river actually a manmade canal that had to move around a particular landmark that isn't there anymore? If you end up with a town too far from any source of water, how was it founded? Are there alternate sources of water that aren't visible on the map? This can be a really great way to work on world building while drawing your map, particularly if you want to use the map for a story of campaign that you're working on.

In the end, there's really no wrong way to create a map, particularly a map for a fantasy world or a tabletop game. Whether or not you've ever tried it before, mapmaking can be fun and relaxing. So go forth, and create!