September 15 - October 15 marks Hispanic Heritage Month, a celebration of the culture, contributions, and histories of American citizens whose ancestors came from Spain, Mexico, the Caribbean, and Central and South America. Originally observed as Hispanic Heritage Week starting in 1968, the celebration was expanded in 1988 by President Ronald Reagan to cover a 30-day period that included the independence days for Latin American countries, as well as Mexico and Chile.

There are many ways to celebrate. Here are a few: 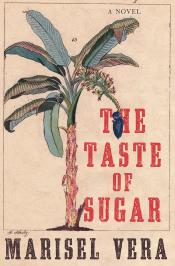 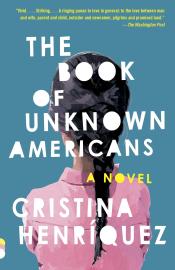 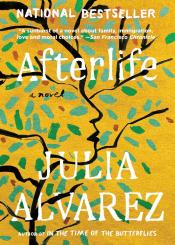 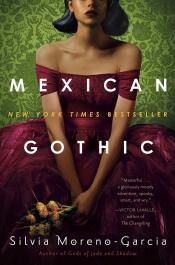 The Taste of Sugar by Marisel Vera

"Relocating to the sugar plantations of Hawaii when their Caribbean farm is decimated by the Spanish-American War and the San Ciriaco Hurricane, two Puerto Ricans join thousands of fellow refugees in confronting the realities of American prosperity. "

The Book of Unknown Americans by Cristina Henríquez

"Moving from Mexico to America when their daughter suffers a near-fatal accident, the Riveras confront cultural barriers, their daughter's difficult recovery and her developing relationship with a Panamanian boy." (Disponible en Español)

"A literature professor tries to rediscover who she is after the sudden death of her husband, even as a series of family and political jolts force her to ask what we owe those in crisis in our families, biological or otherwise." (Disponible en Español)

"A reimagining of the classic gothic suspense novel follows the experiences of a courageous socialite in 1950s Mexico who is drawn into the treacherous secrets of an isolated mansion." (Disponible en Español) 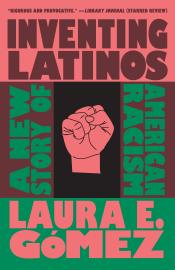 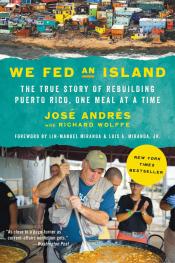 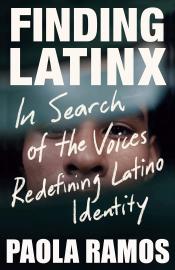 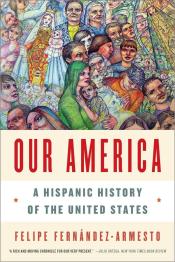 "Part history, part guide for the future, the author, a professor of law, sociology and Chicana/Chicano studies at UCLA, presents a groundbreaking examination of how Latinos’ new collective racial identity has changed the way race functions in this country."

We Fed an Island: The True Story of Rebuilding Puerto Rico, One Meal at a Time by José Andrés

"The founder of World Central Kitchen describes how his culinary network challenged broken government systems while feeding tens of thousands of Puerto Ricans who lost their homes and livelihoods to Hurricane Maria." (Disponible en Español)

Finding Latinx: In Search of the Voices Redefining Latino Identity by Paola Ramos

"The host of VICE's "Latin-X" examines the growing influence and power of the estimated 32.5 million Latinos in the U.S. under the age of 40 and how they are redefining Latino identity."(Disponible en Español)

Our America: A Hispanic history of the United States by Felipe Fernández-Armesto

"Maps the influence of America's Hispanic past, from the explorers and conquistadors who helped colonize Puerto Rico and Florida, to the missionaries and rancheros who settled in California and the 20th-century resurgence in major cities like Chicago and Miami." 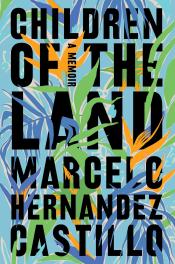 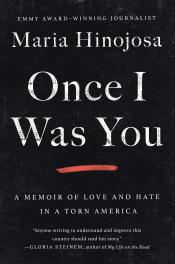 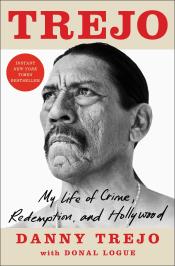 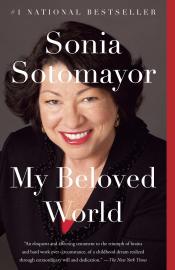 Children of the Land: A Memoir by Mercelo Hernandez Castillo

"With beauty, grace, and honesty, Castillo recounts his and his familys encounters with a system that treats them as criminals for seeking safe, ordinary lives. He writes of the Sunday afternoon when he opened the door to an ICE officer who had one hand on his holster, of the hours he spent making a fake social security card so that he could work to support his family, of his fathers deportation and the decade that he spent waiting to return to his wife and children only to be denied reentry."

Once I Was You: A Memoir of Love and Hate in a Torn America by Maria Hinojosa

"Emmy Award-winning NPR journalist Maria Hinojosa shares her personal story interwoven with American immigration policy's coming-of-age journey at a time when our country's branding went from "The Land of the Free" to "the land of invasion." (Disponible en Español)

Trejo: My Life of Crime, Redemption, and Hollywood by Danny Trejo

"For the first time, the full, fascinating, and inspirational true story of Danny Trejo's journey from crime, prison, addiction, and loss to unexpected fame as Hollywood's favorite bad guy with a heart of gold."(Disponible en Español)

My Beloved World by Sonia Sotomayor

"The first Hispanic American on the U.S. Supreme Court shares the story of her life before becoming a judge, describing her youth in a Bronx housing project, the ambition that fueled her ivy league education, and the individuals who helped shape her career." (Disponible en Español) 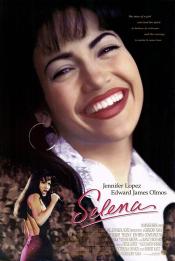 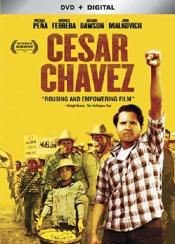 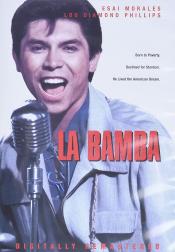 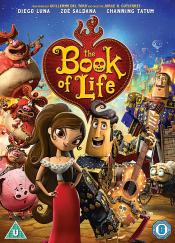 "For a little girl from Corpus Christi, Texas, Selena's accomplishments were remarkable. She conquered the Spanish charts, had No. 1 hits, dominated Mexican-American pop music, won both acceptance in Mexico (despite shaky Spanish) and a Grammy. This biopic presents Selena as that rare popular girl who's not especially rich, cool, or perfect looking but is bubbly and warm and genuinely at ease. Nurtured by her family, Selena never pretended to be anything other than Mexican-American, which made her a cultural icon, while she continued to reach out to everyone. Her life was brutally cut short, but her example--working her way through obstacles with grace and grit--lives on."

"The story of the famed civil rights leader and labor organizer torn between his duties as a husband and father and his commitment to securing a living wage for farm workers. Chavez embraced non-violence as he battled greed and prejudice in his struggle to bring dignity to people. He inspired millions of Americans who never worked on a farm to fight for social justice. His triumphant journey is a remarkable testament to the power of one individual's ability to change the world."

"The life of rock and roll legend Richie Valens bursts across the screen in this celebrated, music-filled movie with star-making performances. Depicts the 17-year-old Mexican-American's rocket rise to fame from field laborer to rock star."

The Book of Life

"The journey of Manolo, a young man who is torn between fulfilling the expectations of his family and following his heart. Before choosing which path to follow, he embarks on an incredible adventure that spans three fantastical worlds where he must face his greatest fears." 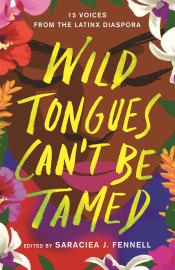 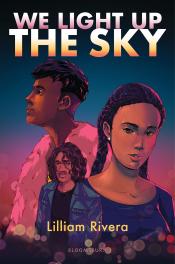 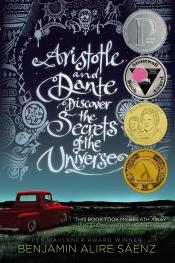 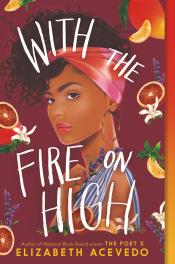 "In Wild Tongues Can’t Be Tamed, bestselling and award-winning authors as well as up-and-coming voices interrogate the different myths and stereotypes about the Latinx diaspora. These fifteen original pieces delve into everything from ghost stories and superheroes, to memories in the kitchen and travels around the world, to addiction and grief, to identity and anti-Blackness, to finding love and speaking your truth. Full of both sorrow and joy, Wild Tongues Can't Be Tamed is an essential celebration of this rich and diverse community."

We Light Up the Sky by Lilliam Rivera

"Three Latinx teenagers struggle to deal with encounters with an alien, and try to warn the world of the possibility of an alien invasion."

"Fifteen-year-old Ari Mendoza is an angry loner with a brother in prison, but when he meets Dante and they become friends, Ari starts to ask questions about himself, his parents, and his family that he has never asked before."

With the Fire on High by Elizabeth Acevedo

"Navigating the challenges of finishing high school while caring for a daughter, talented cook Emoni Santiago struggles with a lack of time and money that complicate her dream of working in a professional kitchen." 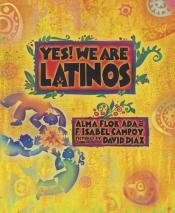 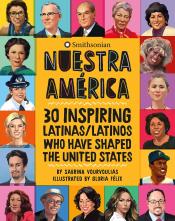 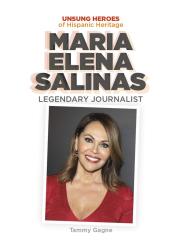 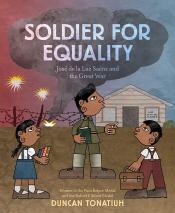 Yes! We Are Latinos

"A collection of stories about young Latino's immigrant experiences in the United States."(Disponible en Español)

Nuestra América: 30 Inspiring Latinas/Latinos Who Have Shaped the United States by Sabrina Vourvoulias

"Published in association with the Smithsonian Institution and the Molina Family Latino Gallery, a celebration of 30 of history's most influential Latinas and Latinos shares the uplifting stories of subjects ranging from Pura Belpré and César Chávez to Jennifer Lopez and Sonia Sotomayor."

"Maria Elena Salinas was born in Los Angeles, California. Her birthplace made her an American citizen. But her heritage allowed her to identify with two countries. One was the United States. The other was Mexico, where she spent the first several years of her childhood. When she returned to the United States as a young girl, she spoke Spanish. In just a few months, she learned English at her new school. As a teen, Maria dreamed of becoming a successful fashion designer. As an adult, she would discover a new calling: journalism."

"José de la Luz Sáenz (Luz) believed in fighting for what was right. Though born in the United States, Luz often faced prejudice because of his Mexican heritage. Determined to help his community, even in the face of discrimination, he taught school—children during the day and adults in the evenings."

Descriptions provided by the publisher.