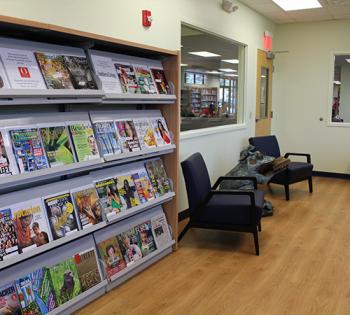 The High Springs Branch began in the Woman’s Club movement that swept the country around the turn of the 20th century. In fact, according to Carole Tate, a member of the General Federation of Women’s Clubs (GFWC) High Springs New Century Woman’s Club, Inc., “The Florida Federation of Women’s Clubs was formed in 1895. This organization tackled enormous jobs including the founding of libraries throughout the state.”

At first, local members gathered books inside the Tea Room of the clubhouse, which is still in active use today. Then, in 1958, the Parent Teacher Association of High Springs donated 300 books to the collection.

In 1959, the High Springs, Hawthorne, and Micanopy branches opened. The North Florida Telephone Company had donated an office building to the City of High Springs, and the books were moved into the two-room building next to the Priest Theater. Volunteers, concerned citizens, members of local churches, Friends of the Library, and other civic groups, business owners, and commissioners from High Springs and Gainesville all worked together to help visualize, plan, dream, organize, raise funds, build, landscape, furnish, and make the current library a reality. The library was open to the public on Mondays and Fridays, from 1:30 to 5:30 p.m., and Thursdays from 6 to 8 p.m., for a total of 10 hours per week. 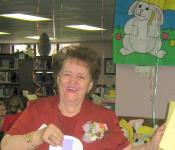 In 1971, Martha Roberts, was hired as the head librarian and manager of the High Springs Branch. Martha said she had a great group of people, the High Springs Friends of the Library, who dreamed of a “real” library, supporting her efforts. “Their desire was contagious and soon every organization, business, and individual in the area was working to raise money for a common goal: a new library building,” said Martha. In February, 1976, the Loncala Phosphate Company donated the property, where the library is currently located at 23779 W. U.S. Hwy. 27, to the City of High Springs, and, in May of that same year, the ground was broken for a new 3,000 sq. ft. building. Sam Kelly, president of the Loncala Phosphate Company, said in a letter, “We feel that the High Springs Library will be a cultural asset to our community." In December, construction was complete, but Martha said there was a new problem: no furniture! “To save the day, Juanita Rivers and some of her friends collected money in their churches and gave it to the City of High Springs," said Martha, “and the City commissioners found enough money to match the donation in order to buy enough furniture for the new library.”

On January 3, 1977, the new High Springs Branch opened with a collection of 6,500 books. The children and residents of High Springs moved the book collection from the old library building to the new one with a human chain almost two blocks long. One of the participants, who was a child at the time, remembers that the adults had buckets filled with books, but each child passed along just one-book-at-a-time, from hand-to-hand while half-the-town turned out to witness this exciting event.

In 1985, the taxpayers of Alachua County approved a separate taxing-authority and the Alachua County Library District came into existence. Two years later, in 1987, the City of High Springs donated the library building to the Alachua County Library District and the High Springs Branch was enlarged from 3,000 to 5,000 square feet in 1990. In accordance with the Americans with Disabilities Act, the building was remodeled in 1995 to make it more easily accessible for everyone. To honor Martha Roberts, Martha’s Garden was installed in 2009 with a bridge over the retention pond leading to a parking area. Outdoor library programs, including live music and Scout ceremonies took place in Martha’s Garden. On September 24, 2016, Library Director Shaney T. Livingston hosted a ribbon-cutting ceremony to celebrate the 3,000 square feet High Springs Branch expansion and renovation. The ceremony included special presentations by the Friends of the Library and the Alachua County Library District Foundation. 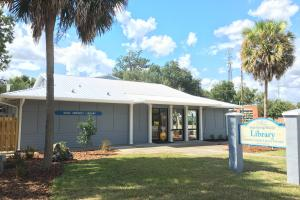 What makes the High Springs Branch Library so special?
According to High Springs Branch Library Manager David Fuller, “The rich history of the High Springs Branch, as one of the oldest libraries in the Library District, and the wonderful community that we serve – that’s what makes this library so special.” The library serves as a community hub for children, ‘tweens, teens, and adults of all ages. “We have something for everyone,” said David, “and the people of our community are very supportive!  In fact, the members of the GFWC High Springs New Century Woman’s Club remain highly committed to helping us with our mission, and today’s members provide ongoing support for library programs and special events.”