Space Gaze 9: Take a Chance on Me

Space Gaze #9. We're on our way to double digits, y'all! This time around we compiled a list of 50 overlooked titles in our Space Gaze to-be-read pile and let chance (aka, Google's random number generator) determine which 5 to read. Did we win big, or was it a bust? Read on to find out. 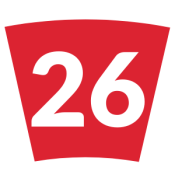 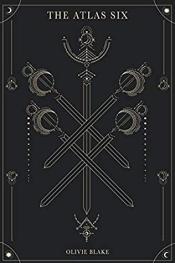 Rin: Is this book pretentious? Absolutely. But it’s #DarkAcademia, so that’s sort of like, the whole point. My guess is that Rachael won’t like this one very much because she won’t find the characters likable, but I’ve been wrong in my predictions before and it’s bound to happen again. But predictions and pretentiousness and dark academia aside—I liked this book. Which was a bit of a surprise for me, because everyone is wretched and tortured by their own greatness, et cetera. Look—I know this is sounding really sarcastic and critical, but I really did enjoy this book, and that enjoyment was intensified by the fact that I was completely blindsided by the ending (will Rachael see it coming when I didn’t? Perhaps; she’s always better at that than me). Did I like the ending? Not particularly. But I wasn’t expecting it, and I always appreciate a good hook for a sequel that I already know is coming. 4/5 stars

Rae: What happens when you throw six absolute narcissists, god-like magical powers, and a bunch of sexual tension into a single building? Turns out the answer is violence, plot twists, and a LOT of monologues about the Flawed Nature of Humanity. Rin was right, I struggled a bit with this one because I found the main characters’ conviction that they were the smartest people in the world incredibly grating. You know that meme where there are a bunch of people in a train car and each one is thinking ‘I’m the only real and complex person in a world full of sheeple’? Yeah. That’s this book and it got old pretty quick *cough* immediately *cough*. That all being said, everyone’s unending confidence did make it fun whenever they took each other down a peg or two, and that schadenfreude was enough to get me through to the end. Was this book bad? Absolutely not. Was it for me? Also absolutely not. 2.5/5 stars 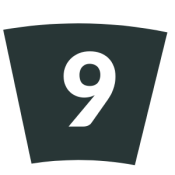 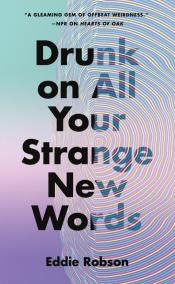 Drunk on All Your Strange New Words by Eddie Robson [2022]

Rae: I'm not going to lie to y'all, when I picked up this book I thought the title was going to reference some sort of poetic or artsy theme. Maybe something about the euphoria and disorientation of looking at the world through the filter of an alien tongue. Turns out NOPE lol. Our protagonist, an alien interpreter, literally gets drunk throughout her work day because the process of alien communication messes with human's brain chemistry in the same way alcohol does. A) Wild B) This is what I get for not reading the synopsis before I start a book. I absolutely adore this set-up, and Robson doesn't hesitate to take the reins and run with the resulting mad-cap potentials. Throw in a dynamic and loveable protagonist and some exploration on the nature of truth and you have a winner in my eyes. It's quick, fun, and gives you plenty to think about when it comes to the ways technology influences the modern world. 4/5 stars

Rin: This book was not particularly funny, but when I think about the experience of reading it, it makes me want to laugh (this is a very good thing). It was just so weird and so very fun as a result of that weirdness. I didn't even find myself too shocked by the last, oh, third of the book, which is when things really get wild, because I had so thoroughly suspended my disbelief at the start of the story. But it was good!! It was fun and didn't take itself too seriously even though it had a lot to say about Technology's Influence On Society, which I appreciated. And the queerness was so completely casual that it wasn't even noteworthy. I picked up this book because it was queer, and got a fun murder mystery as a bonus, but it's nice to know that someone might pick this up for the murder mystery and end up pleasantly surprised by the casual queer rep. All in all, a fun, quick read. 4.5/5 stars 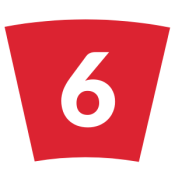 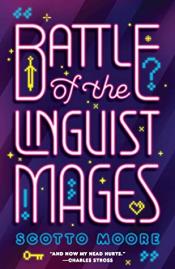 Rin: Okay, wow. Maybe reading this one immediately after Drunk on All Your Strange New Words was a bad idea, because now I'm left feeling a little tipsy from the back-to-back absolutely insane concepts these two books had. I wasn't really expecting to like this one; even though Language & Culture was my favorite class in my undergrad degree, I wouldn't exactly call myself an expert in linguistics. It starts off weird, gets really weird at the end of part one, and then somehow manages to get even weirder with each subsequent section. As Isobel herself put it, "this was a deeply weird life," and it makes for a deeply weird (but intriguing) book.

One of my (minor) complaints is that the way characters' pronouns were introduced was a little clunky, but I appreciated the effort made to actively differentiate when Isobel knew what someone's pronouns were or when she was guessing them. But still. Clunky. I have also learned that I strongly dislike the word "cabal," which is unfortunate, because it's used a lot. 3/5 stars

Rae: Uhhhhhhh. Well. Um. I guess one thing I can say for sure is that I've never read anything like it before. This book really leans on what I'm going to call the The Hitchhikers Guide to the Galaxy effect. It starts relatively strange and absurdist and then just... keeps upping the random weirdness. And upping. And upping. I personally don't love this strategy because without some solid grounding to compare them to the surprising and shocking developments sort of stop registering as surprising and shocking after a while, but if that's the kind of storyline you're a fan of I can definitely say this book was written for you. Plus, the book ramps up so quickly you'll know pretty much immediately if it's going to be your cup of tea or not. I wouldn't have finished this book if I weren't reading it for Space Gaze, but I will say if nothing else it was a novel experience. 2.5/5 stars. 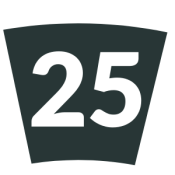 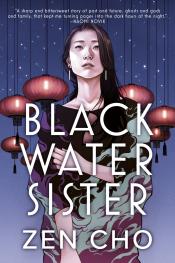 Rae: Alright. This one is a doozy. First, the positives. Zen Cho does an excellent job in Black Water Sister of building a beautiful, vivid, and complex vision of Malaysia. If you love a strong sense of place, Black Water Sister might be worth the read for that aspect alone. I'm pretty sure I felt physically hot at some points reading about Malaysia's summer afternoons. Similarly, Jess's character growth -finding herself torn between different cultures, different generations, different loyalties-, was both well developed and achingly poignant. 10/10 for the hero's journey here.

That all being said, there were some not-so-positives as well. In comparison to how well developed Jess was as a character, the supporting cast felt pretty flat to me. Aside from Jess's grandmother, Ah Ma, I'm not sure I every really got a sense of who the characters were beyond some surface traits. Similarly, there were a couple of moral and/or emotional quandaries that were raised and then dropped without much resolution. I don't need everything tied up in a bow, but the The Lady, or The Tiger route is not for me.

To finish up; the neutral. Oof those content warnings (listed in the drop down below) are rough. There are some things in this book that will make it Not For Everyone. That's not a good or bad thing, just be aware that some things may hit a bit close to home. I'm giving this one a very complicated and conflicted 3.75/5 stars

Rin: I couldn't finish this one. I actually barely even started it. I've heard such good things about it, but the stress of thinking about Ah Ma potentially outing Jess was too much for me to even get far enough into it to see if it was for me. Sometimes it's nice to see the realities of being queer reflected in our fiction, but right now, I need escapism more than reality. N/A of 5 stars 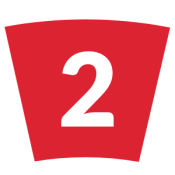 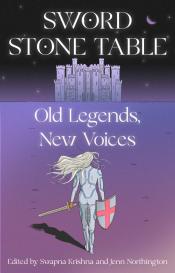 Rin: Hmm. I just… hmmmm. I’ve said it before, but I’m not much of a short story person. I’m also not really into Arthurian legend beyond the movie Quest for Camelot, if that even counts. But this collection was compelling in a lot of ways. Admittedly, some of the stories didn’t interest me as much as the others, and sometimes it was very, very painful to read about Arthurian figures who just kept mucking up their lives, trapped in the same desperate cycle as always. But some of the stories were great. I especially loved “May Day,” told all through evidence logs, journal entries, and newspaper articles. And, of course, the queer stories in particular were near and dear to my heart. I don’t think I would have picked this collection up if not for Space Gaze, but it was well worth the read. 4/5 stars

Rae: The thing about a short story collection written by a bunch of authors is that you're going to like some stories a whole lot more than you like some others. I loved one or two of these. I really liked a couple more. As for the rest... eh. Not really for me. But that's the beauty of an anthology isn't it? If somethings not to your taste you don't have to worry. There's something completely different coming up right around the corner. In addition, the structure of Sword Stone Table (divided into three sections: past, present, and future) was pretty cool. It highlighted how variable these well known characters can be when they're seen in such different lights and situations. Sort of like shifting a rock around to look at it from all angles. Ultimately, I think Sword Stone Table is an excellent short story collection that maybe got a little buried a bit inside a much larger, more mediocre short story collection. 3.5/5 stars

That's 1/10 of the To Be Read pile down. Keep an eye out for the next Space Gaze to see if we let fate take the wheel once again!